Broccoli is a popular protein-rich vegetable that boosts the immune system. It adds texture and color to any dish, can be prepared with or without other ingredients and can be eaten raw or cooked .

This green veggie is actually a member of the cabbage family. Its name is derived from the plural form of the Italian term broccolo which means the flowering top of a cabbage. 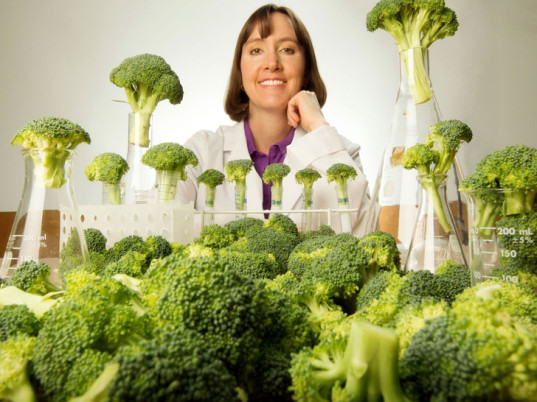 Other than its well known benefit in improving the body’s immune system, this so-called superfood has other potentials in the area of reducing a person’s risk of cancer. A new study has initially found that broccoli might be able to protect the skin from the sun’s harmful UV rays thereby preventing the onset of cancer.

Researchers at the University of Arizona and John Hopkin University are now testing the vegetable if it can become a potential sunblock when rubbed on in the skin. The main focus of the scientists is to find additional alternatives that can lower a person’s risk of skin cancer. Those with weaker immune systems are the primary target.

Currently, the researchers are experimenting with a solution made from pure broccoli to see if the skin can be protected from sunlight when the solution is applied directly to the skin. A group of patients will be used in the study and only artificial light will be utilized.

So far, the scientists have confirmed that their broccoli solution is safe for use topically and even when taken orally. The confirmation is based on the previous studies they have also analyzed.

Broccoli has been found to contain the sulforaphane compound. This compound activates the chemopreventive genes that fight cancer and has already been found to be most effective in blocking sunburns.

The American Cancer Society reports that skin cancer is the most common form of cancer in the U.S. today. Each year, more than 3.5 million cases are diagnosed.