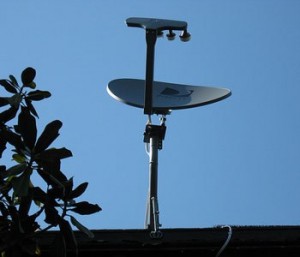 Specific electromagnetic radiation forms have an adverse effect on human health as reported by the World Health Organization. They are believed to be among the causes of cancer. Examples of this are the electromagnetic waves emitted by a microwave oven, an x-ray machine, gamma rays, cell phones, power lines and transmission towers.

The use of DirecTV dishes is a major concern among homeowners as well. This is due to the fact that this dish installed outside the homes and buildings receives electromagnetic radiation from satellites in space. For this very reason, many people are now having second thoughts about subscribing to TV services that use a dish for fear they might develop cancer later on. Those living near satellite towers and cell base stations are also concerned about this issue.

The danger of being exposed to this kind of radiation lies in its wavelength and amount of energy being emitted. It is for this reason that health and environmental agencies have set regulations on the use of devices that give off this electromagnetic radiation.

Authorities and experts, however, make it clear that the different kinds of dishes regardless of size are so called low-powered units and their RF signal levels are below the recommended limits.
Being in close proximity to the dish does not pose any health risk. It should be understood that this device is a passive receiver which means it does not produce or transmit signals or radiation. The level of electromagnetic radiation in the area surrounding a DirecTV dish is actually the same as that in your living room.

In fact, the large dishes that transmit a greater amount of power to satellites for rebroadcast purposes do not necessarily carry strong signals. They may utilize high levels of RF energy but public exposure is very far below the recommended limits.

Experts reiterate that even if public exposure is possible, it would be so low that can cause any adverse effects to a person’s health.

Jomar is a tech blogger who has written several articles on Direc2TV and the various issues surrounding it.