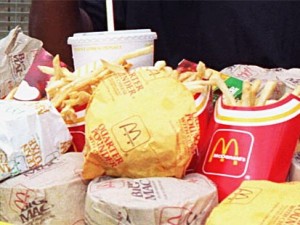 I might be a prime candidate for Alzheimer’s Disease! This is what I found out from a report that Reuters recently published. They quoted a study conducted by Swedish researchers which stated that there is a link between eating fast food and the disease. If you know me, I tend to eat McDonald’s a lot. If not McDonald’s then KFC or some other fast food meals. This is because a lot of times, I find myself short on time and cooking becomes a non option.

The Reuters report states that:

The findings, which come from a series of published papers by a researcher at Sweden’s Karolinska Institutet, show how a diet rich in fat, sugar and cholesterol could increase the risk of the most common type of dementia.

“On examining the brains of these mice, we found a chemical change not unlike that found in the Alzheimer brain,” Susanne Akterin, a researcher at the Karolinska Institutet’s Alzheimer’s Disease Research Center, who led the study, said in a statement.

This is so not good news! Countless people around the world – Americans perhaps being at the head of the race – consume McDonald’s and other fast food meals on a regular basis. Then again, as with many other studies, the results are “not conclusive.” In fact, Susanne Akterin gave these parting words:

All in all, the results give some indication of how Alzheimer’s can be prevented, but more research in this field needs to be done before proper advice can be passed on to the general public.