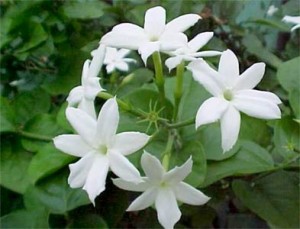 It is commonplace for several people to suffer at least an occasional night of almost non-existent sleep. The causes of insomnia differ from person to person. What made a student insomniac varies from what caused a shift worker or a traveler or an employee to acquire such sleeping disorder.

Insomnia, which is the inability to sleep satisfactorily or to have any sleep at all, is one of the most common sleep disorders. It is characterized by restlessness, sleep interruptions, decreased sleeping time than the usual, or sometimes complete wakefulness.

Aside from the annoyance that insomnia can cause to its sufferers, this sleep disorder causes those afflicted to lose enthusiasm and energy, acquire memory and concentration problems, feel lethargic, frustrated, and of course sleepy. Worse cases that may be induced by insomnia is one’s being prone to accidents, reduced work productivity and the aggravation of psychological and medical conditions.

So what exactly are the culprits that make insomnia one menacing sleeping problem?

More particularly when it is from internalized anxiety or anger, emotional problems can easily trigger this sleep disorder.

Drinking too much coffee, colas or other “energy-upper drinks” is known to cause insomnia. Caffeine from these drinks is the main reason. Chain smokers can also be easy victims of insomnia because of the nicotine that cigarettes contain. Herbal remedies, alcohol and other medications can also make one prone to becoming an insomniac. Some may think that alcohol, when consumed, can make one feel drowsy. But little did they know that in the long run, when the alcohol gets metabolized, sudden wakefulness will follow.

Also known as circadian rhythm, one’s body clock, when altered, can damage the amount of sleep one can peacefully enjoy. This body clock disturbance can be caused by an irregular slumber schedule because of too much siesta or partying too late at night. It can also be jetlag or body clock disturbance due to traveling by plane to some place where there is a different time zone. Other causes may be the grave yard schedules of workers and cramming review season for students induced by exams.

Extreme temperatures can disrupt one’s sleeping patterns. Noise and bright lights can have the same effect too. Homesickness or when one is forced to sleep in an unfamiliar place is also one reason behind getting into the habit of not having enough sleep.

Health disorders such as diabetes, heart failure, hyperthyroidism, ulcers, and Parkinson’s disease can also induce insomnia. Asthma may also be one health problem that makes one prone to insomnia because of an asthmatic’s shortness of breath. Frequent urination, heartburn, and chronic pain from leg cramps, tooth ache and arthritis can also cause insomnia.

Psychiatric conditions such as schizophrenia and depression are also possible culprits for insomnia. Snoring with prolonged pauses in breathing while at sleep, also known as sleep apnea can also cause insomnia. Periodic arm and leg movements during sleep causing the muscles to twitch excessively is one underlying cause of this sleep disorder. Another cause is narcolepsy or one’s lack of control on whether to stay awake or to fall asleep, is another cause of this sleep disorder.

Engaging to vigorous activities such as exercise just right before bedtime can deprive one of a good night’s sleep. Consuming large meals when one is just about to sleep can also make one experience this sleeping disorder. This is because when metabolism is at its most active thus the body prompts one to stay awake.

Who are Prone to Insomnia?

Reports have it that 90% of people can acquire transient insomnia at some point in their lives. While an estimate of 30% suffers from its chronic form.

a. Women are said to be more at risk in acquiring insomnia because of the following reasons:

b. Elderly people are also prone to getting insomnia because ageing alters one’s sleeping patterns.

c. Depressed people have lighter slumbers compared to those who don’t feel this psychological condition.

d. Students or younger ones who are conscious with their grades (because of cramming) can easily become insomniacs too.

With that vast information on what causes insomnia and who are at risk with this sleeping disorder, one can easily ward off this annoying condition.