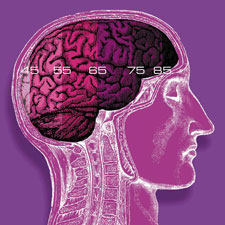 As with every other disease that we know about, we want to know the exact cause (or causes) of Alzheimer’s. This knowledge would probably lead to the cure for the disease. At this point, however, the medical community does not know exactly what causes Alzheimer’s. In the course of their studies, though, researchers have discovered some significant things. They have discovered that Alzheimer’s:

-is not a part of the normal aging process
-is not gender specific – it affects both men and women
-is a disease that affects mostly old people; majority of the cases involve people over 65 years old
-is not related to the hardening of the arteries
-is not caused by stress.

I suppose that the last two points can come as a relief to some people but the others do not really give much information as to the nature of the disease. As such, researchers have been continuously stepping up their efforts in order to gain more understanding of Alzheimer’s. Some areas that they have been delving deep into are:

-Family history: so far, they have seen a clear relationship between family history and Alzheimer’s disease. This does not mean that the relationship is fully understood, however. For some people, the risk is higher while for some it is lower.

-External environment: researchers are trying to ascertain whether the cause may lie in one’s surroundings. Perhaps there is something in the natural environment that causes the diseases.

-Internal environment: it might be that the cause of the disease is a virus (albeit a slow acting one) or a change in chemical levels inside the body.

As you can see, there is no definite answer as to what causes Alzheimer’s. We can talk about risk factors, though, which may help give a better understanding of the disease. Let’s do that in the next post.