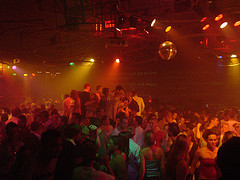 Party people may be familiar with a nightclub drug called Special K. This drug is actually a horse tranquilizer also known as Ketamine. Researchers have published their findings in the Archives of General Psychiatry and claim that Special K could actually help treat people who suffer from depression.

How does the drug work? Reuters reports:

Ketamine restores to normal the orbifrontal cortex, an area of the brain located above the eyes that is overactive in depressed people.

The area is believed to be responsible for feelings of guilt, dread, apprehension and physical reactions such as a racing heart, said Bill Deakin, who led the study.

“The study results have given us a completely novel way of treating depression and a new avenue of understanding depression,” said Deakin, a neuroscientist at the University of Manchester.

I would say that this is heartening news, especially to those who know what depression is all about firsthand. Depression, when not treated properly, can have a debilitating effect – not only on the person who suffers from it but people who are close to the depressed as well. Here is even better news:

Previous research had shown that ketamine improved symptoms in depressed people after just 24 hours — far faster than the month it can take for Prozac to kick in — but until now they did not know exactly how.

The latest findings give researchers a specific target to design new drugs and offer hope for the many people who do not respond to Prozac or other standard medicines, Deakin added.

Let’s hope that this study’s findings can be put into practical use soon.