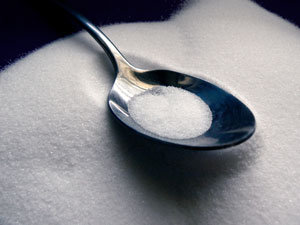 Nonnutritive sweeteners (sometimes called artificial sweeteners or sugar substitutes) may seem like the sweet solution to people struggling with diabetes or weight loss problems. But how healthy are these chemicals, and are there natural sweeteners that can deliver similar benefits but at a reduced risk to your health?

What are nonnutritive sweeteners?

Nonnutritive sweeteners are considered food additives, and are regulated by the FDA. Some of the more well-known ones are saccharin, sucralose (such as Splenda), and aspartame (such as Nutrasweet). These are found in many diet drinks, low-carb and reduced-sugar products.

While the FDA has cleared nonnutritive sweeteners for public consumption, there are concerns of their long-term effects on health—specifically the link to cancer. While the National Cancer Institute  explains that studies were not enough to establish them as a carcinogen, but enthusiasts of organic living says it took the government decades to declare the health risks of tobacco. Health forums like livestrong.com also caution against side effects like nausea and digestive problems.

The public receives very confusing messages about nonnutritive sweeteners, so it’s not surprising that many have decided to take the more cautious route of using natural sweeteners instead. One of the most popular natural sweeteners in the market tod ay is Stevia sweetener. Stevia is a plant found in South and North America that is 300 times sweeter than sugar, but has no carbohydrates and no effect on blood sugar. Native tribes have extensively used it. They incorporate it in their teas and and in their medicines to mask any unpleasant tastes.  You can find both commercially available stevia powder  and liquid stevia.