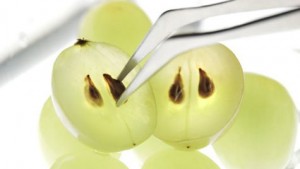 I once heard that any ailment can be cured by something that can be found in nature. Now I do not know if there is any truth to this but it does seem that there are many things from nature that can benefit us humans health-wise. As for Alzheimer’s, researchers have not yet found the main reason nor a cure for it. However, there are a lot of findings that just might help in preventing or alleviating the disease.

I recently read a study about grape seeds having the potential to combat Alzheimer’s Disease. This study was conducted by a team of researchers from the Flinders University in Australia. The basic idea of the study was to use grape seed extract to see what it would do to help boost brain function. As in most studies, they used mice as the test subjects. What they found out was that the mice which were fed grape seed extract for 6 months had “better cognitive function” than those which were not.

Although mice are a long way off from being human, we all know that many effects of medication or substances on them are similar to what humans experience. As such, the researchers believe that grape seed just might hold a key to the puzzling condition called Alzheimer’s Disease.

Professor Xin-Fu Zhou says “Grape seed extract demonstrates a strong disease-modifying effect. As a dietary supplement, the effect of grape seeds is significant and beneficial. It is a safe, natural product which contains ‘goodies’ that we shouldn’t throw away.”

The next time you grab a handful of those juicy berries, maybe you should not spit out the seeds.