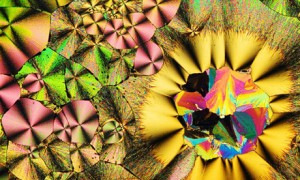 Ever since Alzheimer’s was discovered more than a hundred years ago in 1906 (though this is subject to discussion), the medical community has been trying to find ways to cure it. To date, there is no known cure for the disease but there are a lot of breakthroughs occurring in the field of research.

One such breakthrough is the discovery of the potential of vitamin B3 to slow down the progression of Alzheimer’s disease. In lab trials, researchers infused mice with high doses of the vitamin and they found out that it had positive effects in retarding the disease. Now, they are ready to try the vitamin on humans. The Guardian has this report:

A vitamin pill that could slow the progression of Alzheimer’s disease is to enter human trials after scientists found it protected animals from memory loss associated with the condition.

High doses of vitamin B3 will be given to 70 people who have recently been diagnosed with the disease as part of the trial due to begin in the new year, which is open to volunteers over the age of 50.

If the six-month trial is a success it could have a dramatic impact on the treatment of an estimated 417,000 people in Britain who have been diagnosed with Alzheimer’s. There is currently no cure for Alzheimer’s or any other type of dementia.

Delaying the onset of the disease by five years would halve the number of deaths from the condition, saving 30,000 lives a year, according to the Alzheimer’s Society.

Though this is by no means a cure to the disease, it does look like the researchers are headed toward the right direction.