Some people may wake up in the morning and start sneezing, coughing or may sound drowsy. These unusual habits are often referred to as morning sicknesses, stemming from inherent traits or surroundings that may be polluted at times. This is why the cleanliness of surroundings has been given much premium since the after effects will surely turn out after some time and not immediately.

Morning sickness would usually be such reactions that would occur when a person would wake up after a good night’s sleep. This habit is considered to go on and on for years to come. While there is no clear explanation on how to cure such, they usually would last for an hour or two and would suddenly disappear as fast as it came.

For pregnant women, this is normal since their immune system is a whole lot delicate. Their morning sickness can go to as much as a day in the process of their current state of pregnancy. 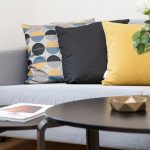 With the amount of time that people are spending within the walls of their homes now, it’s more important than ever to ensure that the air that you and your family are breathing is clean and pure. When the air in your home is polluted—and indoor air often is more unhealthy to breathe than outdoor […]

Sleep deprivation is one of the causes of poor productivity in the workplace, a tired feeling during the day and not to forget, stress. Humans … END_OF_DOCUMENT_TOKEN_TO_BE_REPLACED