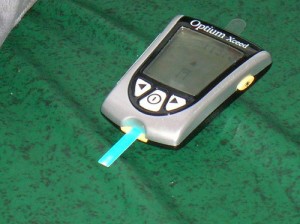 Studies have shown that pregnant women and new mothers that have diabetes are in far greater risk for developing post partum depression (PPD). Though the reason for the higher risk is not yet exactly known what is known is that out of 11,000 women who were enrolled in New Jersey’s Medicaid program 15.2 percent of those that had diabetes became depressed during pregnancy or up to a year after birth. The percentage of diabetic women who did not suffer from postpartum depression is significantly lower at only 8.5 percent.

What this means for expectant mothers is that if routine diabetes tests give you a positive result you should also discuss with your doctor the possibility of post partum depression and ways to prevent and manage problem. This is very important because post partum depression IS treatable. Since the disorder is underdiagnosed, by being aware and discussing with your doctor the risk factors involved, in case you end up suffering from PPD chances of it going undetected will be minimized, which in turn means fast help for you.

The link between diabetes and depression has already been studied before but it is only now that the figures for diabetes and PPD have come out.