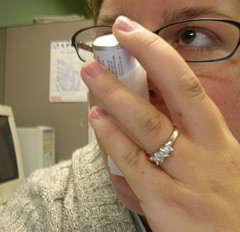 As if having asthmatic attacks was not difficult enough, a new study shows that people with asthma have increased risk for suicidal thoughts and attempts. Research done at the Johns Hokpins University School of Public Health examined more than 5,000 people:

They found that about 12 percent had a history of asthma. Estimates of lifetime prevalence for suicidal thoughts and attempts without and with asthma were 8.7 percent, 4.2 percent and 12 percent, respectively, and occurred more frequently in women than in men.

Cigarette smoking and concurrent mental health conditions may independently account for a large part, but not all, of the association between asthma and suicidal thoughts with attempts, said the study authors.

After they adjusted for cigarette smoking, concurrent mental health conditions and common sociodemographic factors, they found there was still a significant association between asthma and suicide thoughts and attempts.

I have not really made any connection about asthma and suicidal thoughts, much less attempts and this study has opened a new way of seeing things for me. Does this mean that we have to pay particular to our friends and family members who have asthma? This runs in our family but I hope that the suicidal will not be manifested.

How about you? The chances are that you have people around you who have asthma. Do you think that we should pay closer attention to their mental health as well? 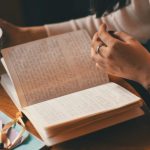 When you think of your future self, you may imagine someone that has it all. They may have the house, the car, the savings account, and the job you’ve always wanted. Even though imagined goals you’ve set may be down the line, you don’t have to act like it. Future self journaling is writing to […]

Sleep deprivation is one of the causes of poor productivity in the workplace, a tired feeling during the day and not to forget, stress. Humans … END_OF_DOCUMENT_TOKEN_TO_BE_REPLACED