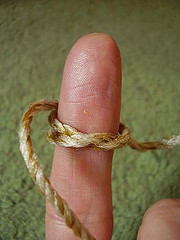 Ask most any old married couple about memory loss and chances are that the women will tell you that this is true – the men tend to forget things more easily. That may not be very scientific but there is, in fact, scientific basis to this belief. Based on an article recently published on MSN Health, mild cognitive impairment in men is more likely to happen. The figures involve the ratio of one and a half.

Previous studies show the opposite however, Rosebud Roberts of the Mayo Clinic states:

These findings are in contrast to studies which have found more women than men [or an equal proportion] have dementia, and suggest there’s a delayed progression to dementia in men. Alternately, women may develop dementia at a faster rate than men.”

However, the new study shows the following results:

The study, expected to be presented Wednesday at the American Academy of Neurology annual meeting, in Chicago, is based on interviews, examinations and cognitive tests conducted on 2,050 people — aged 70 to 89 — living in Olmsted County, Minn.

What are the implications? Men should be pay more attention to food and practices that can help enhance and preserve memory over the long term.