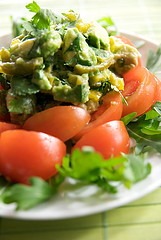 After all that hullabaloo about salmonella in U.S. tomatoes, things have finally died down. Thursday this week, the U.S. Food and Drug Administration announced that tomatoes are safe for everyone’s consumption once again. This announcement is due to the fact that there are no more tomatoes coming from the producers which are being investigated.

However, the salmonella issue is not yet over it seems. Though we can have all the tomatoes we want in our salads and other food, we have to be careful when it comes to peppers. The authorities seem to be encountering some difficulties as to the exact source of salmonella contamination. Now they think that jalapeno and Serrano peppers may be the source. Another possible source is cilantro.

The bottom line is that the authorities still do not know what caused the outbreak. This, of course, raises some questions as to how effective the regulations and tracking systems are. As consumers, there is nothing we can do but make sure that our food is washed thoroughly, especially if we are eating them raw.

I suppose salad lovers are at the forefront of this issue. If you do not eat salads, though, then you probably do not have much to worry about as the whole cooking process normally kills any salmonella in the food. Then again, salad is good for you, so you should maybe get into the habit of eating it every now and then – as long as there is no salmonella. 😉