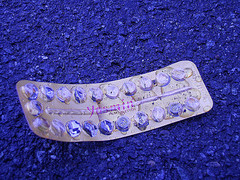 Contraceptives have always been a concern for sexually active women. The Pill has long since been the foremost choice for a lot of women but there have been other alternatives released in the market for a long time now. I ran across an article talking about a new type of contraceptive that will give women more choices as to when to have their monthly period. Yahoo News reports:

With new “extended cycle” and “continuous” oral contraceptives on the market, women today can choose to have monthly withdrawal bleeding just four times a year — or not at all.

To many American women of childbearing age, these options have tremendous appeal. In fact, more than two-thirds of women said they are interested in suppressing monthly bleeding, according to national survey results presented at an Association of Reproductive Health Professionals (ARHP) reproductive health conference.

Extended cycling, though, is not a new phenomenon. For years, doctors have being tailoring birth-control regimens to women’s needs by having them skip the placebo week of traditional oral contraceptives and go on to a new pack. A woman going on her honeymoon, for example, or being deployed by the military, might seek to avoid bleeding and the need for sanitary protection. Extended regimens have also been used to treat women with endometriosis.

I don’t know much about these things but from what I hear, there are quite a number of women who would prefer not to get their periods at all. This idea of having extended cycle contraception just might be widely popular soon.