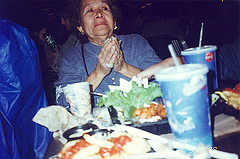 So what causes female incontinence? Stress incontinence is caused by pelvic floor muscles which have been stretched. This can happen due to childbirth or weight gain. Other conditions such as the drop in estrogen level after menopause as well as chronic cough (such as a smoker’s cough) can aggravate the situation. Urge incontinence, on the other hand, is caused by involuntary contraction of the bladder muscle. This can be caused by a variety of things such as age-related changes, stroke, and kidney or bladder stones.

In the next post, let us look at some things that can help you live with female incontinence.