The significance of omega 3 fatty acids has never been highlighted as it is now. With the rise in the number of people suffering from heart diseases, these important fats are taking centerstage.

Fish is a well known source of omega 3. It’s healthy and does not cost much.

It was in 2004 when the Food and Drug Administration (FDA) announced that conventional foods containing eicosapentaenoic acid (EPA) and docosahexaenoic acid (DHA) omega-3 fatty acids can reduce the risk of coronary heart disease (CHD). Major sources are salmon, lake trout and herring.

Unfortunately, fish can contain a certain amount mercury which means that people consuming it are exposed to such highly reactive heavy metal found to increase the risk of cardiovascular disease.

Can the presence of mercury then counteract the benefits of the omega 3 fatty acids found in fish?

A study published in the New England Journal of Medicine believes so. Entitled Mercy, Fish Oils and the Risk of Myocardial Infaction, the study conducted in eight European countries and Israel 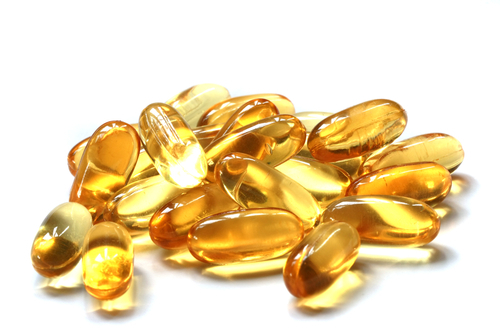 A recent positive development on this issue is that other than fish, algae oil has been found to be a rich source of omega 3 fatty acid DHA. Based on a meta-analysis by U.S. researchers from Cleveland Clinic, Harvard School of Public Health, and Brigham and Women’s Hospital, oil from algae has the potential of lowering blood triglycerides (TG) and increase the high density (HDL) and low density lipoprotein (LDLD) cholesterol particularly in people with coronary heart disease.

While it is well known that fish contains these important fatty acids, wild fish actually obtain them from the marine algae which they eat. It was only recently that algae oil was found to contain omega 3 when they were extracted to developed DHA supplements. But since their effect on CHD risk factor has not bee known, the researchers were prompted to conduct a randomized and controlled clinical trials that analyzed the associations between algal oil and cardiovascular risk factors to include high blood pressure or high triglycerides.

During a 15-year period of research from 1996 to 2011, the scientists studied a total of 485 people aged between 24 and 59. The participants were made to take algal oil supplements.

The research noted a 15 percent drop in TG, a five percent rise in HDL cholesterol and an eight percent increase in LDL cholesterol. This effect is said to be similar to the effects of using fish oil supplements.

Many people, however, still have doubts about the use algae as a source of omega 3. In response to this, an all-natural pure food has been developed to prove the benefits of algae oil. Specifically, a natural food oil from algae is now being cultured from a wild organism without any genetic manipulation or chemical processing involved. This is considered a breakthrough owing to the fact that no chemicals were used to extract the food oil.

As such, the omega 3s taken from naturally extracted algae oil are seen to be safer for human consumption.

Many people, however, have questioned the natural food status of algae oil, until now. For the first time, a natural food oil from algae is being cultured from a wild organism without any genetic manipulation or chemical processing, making it an all-natural pure food, not a biotechnology. In addition, the extraction of this food oil without harsh chemicals is another first, since fish oils and other algae oils use solvents to capture the omega-3 fats. The new naturally water extracted algae oil omega-3s are therefore considered safer. These facts are slowly revolutionizing the omega-3 space and sets a new standard of quality.

Source-Omega developed Source Oil to set new standards of excellence in omega-3s. Unlike fish oils, most algae oils started out as biotech ideas. In contrast, Source-Omega is making algae oil an acceptable natural food ingredient by utilizing an organism that came from nature, not from a lab, and by eliminating the use of solvents in the water extraction process. This is according to Dr. Scott Doughman of Source-Omega.

It should be noted that it is the microscopic algae that make the DHA fatty acid. Algae raised on the farm produce more sustainable DHA that can be considered vegetarian and even organic. In addition, it is approved for use in infant formulas and unaware to many, is already present in fruit juices, milk, soy milk, cooking oil, sauces and tortillas.

Algae are simple aquatic plants that includes the microscopic to the large seaweeds. They play a vital role in the ecosystem by providing food to all fisheries in the ocean and inland and producing an estimated 70 percent of the air humans breathe.