For people who are into sports like badminton, basketball, football and soccer, encountering injuries such as that of ankle sprains is only normal. Such would be expected once a person would fall on the wrong stance when they go in lateral motions or on jumping instances. Landing on the wrong foot will always be a problem since the balance of a body is tilted, hence putting the full weight on one foot causing trauma on the muscle tissues of the affected foot. 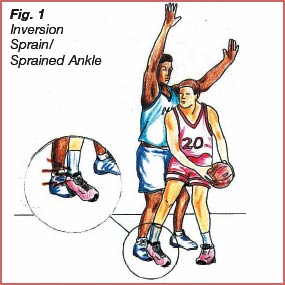 In such cases, the immediate action should be not to loosen the shoes so that swelling will not readily occur. Assuming that the person would already be resting, immediate application of ice towards the affected portion of the swelling must be done to avoid it from bloating. This is to control the inflamed part since further heat will only make it bigger and painful.

Also, in sleeping positions it would be best to elevate the injured part to avoid further trauma to the affected part. The first few days would be hard to adjust to such as having a hard time to walk at times. But after some days, a person will slowly revert to his former movement as the swelling of the sprained part will incrementally be healing and allowing the person to go back to the sport or activity he loves.