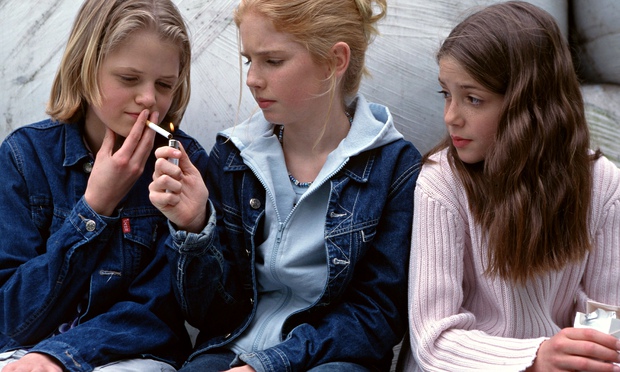 If your teenager is smoking you’ll want to know the facts about why it is bad for them and what it could be doing to their body. While many teens are turning to e-cigarettes these day, these things are not addiction free, nor are they not potentially hazardous. Not enough information is out there about them yet to determine if they are all that much safer than smokes.

The Dangers Of Cigarettes

Around 30 percent of teenage smokers will smoke into adulthood and die at a premature age due to a smoking-related disease. It has also been proven that teenagers that smoke are far more likely to suffer from panic attacks, depression, and anxiety disorders.

Teenager or not, smokers are likely to die 13 to 14 years earlier than non-smokers. You shorten your life greatly, all for the pleasure of a nicotine fix and some bad breath. They do even more than just cause addiction and stink up your home, cigarettes affect every part of your body in some way.

Smoking affects your central nervous system. Nicotine alters your mood, and is not just habit forming, but it can cause the same downer effects after its stimulation wears off that you get from caffeine.

Smoking can wreak havoc on your eyes as well. It not only increases your chances of developing macular degeneration, but also raises your risk of getting cataracts. That’s not the only sense it messes with. It can also ruin your senses of taste and smell.

Smoking destroys your lungs, even if it doesn’t lead to lung cancer. Your respiratory system is probably the most damaged part of your body, and gets worse the longer you smoke. You may even develop a chronic cough.

Smoking doesn’t stop with your long though, it can also have negative affects on your cardiovascular system, digestive system, reproductive system, and even your hair, skin and nails. It can hike up your blood sugar, ruin your teeth, and even cause erectile dysfunction.

The longer you smoke the worse your health will get. It’s not too late to quit though. Even just 24 hours after you stop smoking your health begins to get better. And within a year or three you can be back to normal health!