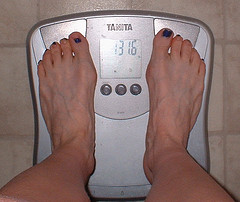 The first quarter of the year is almost over – have you worked on any of your New Year’s Resolutions yet? To be honest, I have not thought much about these in the past 3 months! Thanks to Katie Hartsough of Finding Dulcinea, I was reminded yet again of what I promised myself several months back.

They have this article called Recommit to Your New Year’s Resolution. In it, they encourage individuals to make resolutions and, more than that, offers ways on how to stick to them. Of particular interest is the idea that we should have role models. For instance, if one of your resolutions was (IS!) to lose weight, then it would be a great idea to look for role models like Bill and Jim Germanakos. The article says:

It’s helpful to have good role models to follow when you’re trying to achieve a goal. Bill and Jim Germanakos are twin brothers who starred in the third season of the reality television show The Biggest Loser. They each lost approximately half their weight, a total of 350 pounds, over the eight months of the contest. To learn how they did it, visit their Web site, Weightlosstwins.com.

I have never visited Finding Dulcinea before but I now I have placed it in my bookmarks. There is a lot of information – practical tips and guides at that – that I can use, not only for New Year’s Resolutions but for so many other things as well. You should check it out.