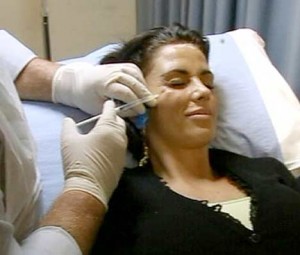 Botox is known to most everyone. Celebrities and the rich are always suspected of going to their doctor to get a shot to make them look better and younger. Whether or not these people actually do get Botox shots, the fact remains that this drug is usually associated with cosmetic applications.

But did you know that it can also be used to treat other conditions? I didn’t! I just read a story about how an Australian stroke victim was able to walk again because of Botox. Russell McPhee, 49, has been paralyzed for the past 23 years. He had a stroke that was so severe that his doctors told him that he would never be able to walk again. Or so they thought.

So how did this happen? Botox, or botulinum toxin, actually works by blocking the nerve signals that instruct the muscles to contract. That is why it works well in getting of wrinkles – the facial muscles do not contract as they normally would with age. Apparently, this same mechanism is beneficial to those who are left paralyzed due to brain injuries, multiple sclerosis, spinal injuries, and strokes!

In McPhee’s case, he was paralyzed because his muscles were in a state of perpetual contraction. His muscles were “spasm-ing” all the time, prohibiting him from moving them. With Botox treatment, the spasms stopped, and he was able to stretch his legs.

While this is good news to stroke victims, doctors say that different people respond to the treatment in varying degrees. They say that McPhee’s case is quite remarkable as his muscles have remained strong and intact despite years of not being used.