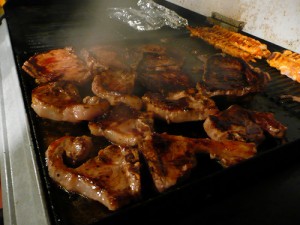 I love the Mythbusters – don’t you? I think that this show is one of the best that the Discovery Channel has ever produced. They are not they only ones who are on a mythbusting mission, though. In fact, there are many others who like to bust myths. Take the editor of Men’s Health over at MSN. An article called “The Truth Behind Five Food Myths” was recently published. Let us take a look at some of them.

Myth No. 1: High protein intake is harmful to your kidneys
The origin: Back in 1983, researchers first discovered that eating more protein increases your “glomerular filtration rate,” or GFR. Think of GFR as the amount of blood your kidneys are filtering per minute. From this finding, many scientists made the leap that a higher GFR places your kidneys under greater stress.

What science really shows: Nearly two decades ago, Dutch researchers found that while a protein-rich meal did boost GFR, it didn’t have an adverse effect on overall kidney function. In fact, there’s zero published research showing that downing hefty amounts of protein—specifically, up to 1.27 grams per pound of body weight a day—damages healthy kidneys.

I really believed this myth – until now. Then again, the bottom line is that you have moderate your protein intake. Still, you can load up on those steaks every now and then.