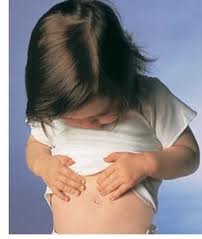 As scientists in the medical field continue to make huge advancements in both the knowledge and treatment technologies associated with various diseases, there become more and more considerations for soon-to-be parents to think about. One of the biggest and most controversial of these considerations lately is the banking of a baby’s umbilical cord blood.

– What it is: Cord blood banking is a system of banking a collected sample of a child’s umbilical cord blood directly after the baby is born, following the cutting of the umbilical cord. The actual banking is done using cryopreservation, or, cryogenic freezing methods, that maintain the vital functionality of the blood after it’s been processed in a number of ways in a laboratory.

– Uses: Cord blood has been shown to be potentially useful in a number of different ways so far. Perhaps most notably, the stem cells in cord blood have been used as effective treatments for different blood cancers, genetic diseases of the blood, and other cases requiring stem cell transplants. Lately, studies have also been in progress using blood stem cells in the treatment of Type 1 diabetes, while earlier stages of research are underway studying the efficacy of stem cells in treating stroke, and hearing loss as well.

Although there have not yet been human trials in these areas, animal studies have shown promise for stem cells from an umbilical cord being successfully used in cardiovascular repair, and other central nervous system-related problems as well. Also key to note are
the great strides being made in regenerative medicine, and the potential that preserved cord blood holds in relation to these strides.

– Private vs. Public: Although there are both public and private blood banks in operation in the United States, there are some big differences between the two. Public banks, which are less common as the high costs of such banks are harder to maintain, can’t assure a family that their samples will be banked or guarantee that they will have access to these samples at a later date. As a privacy measure, most blood donated to a public bank cannot be permanently linked to a donor. Although all blood undergoes testing for viruses and other potentially harmful disorders, some disorders and viruses will not become apparent in the donor for years to come, at which time all identifying information has been destroyed. As far as private banks go, there are also a few concerns. The cost to both insurers and private parties in using these banks is usually relatively high. The ability to have access to samples in the future also often rests on the commercial viability of the banking enterprise, meaning that if the bank shuts down, you can potentially lose access to the samples you paid for and may need in the future. Private banks are however, at least often insured by the FDA and other regulatory boards, which ensure high standards and safe practices for effectively storing and using samples.

As a parent, taking the time to research banking options for your children is definitely worthwhile. With the future of stem cell
research being such a promising medical avenue, other great benefits could be right around the corner in addition to the already plentiful existing ones. Take the time to do the proper research, and
decide if cord blood banking is a good option for your loved ones.