There’s been much talk about these e-cigarettes which authorities say are good for smokers who want to kick their puffing habit for good. But amidst this hullabaloo, there’s concern particularly from the medical sector that these alternatives also pose health risks.

E-cigarettes or the electronic form are the trend today. They’re even used by Hollywood actors not only when shooting their scenes in front of the camera but as well as in real life. 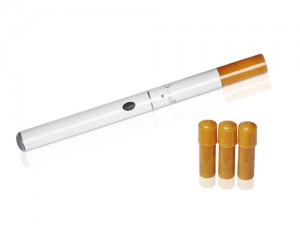 Vaping is the term used for puffing this type of cigarette because it is actually just vapor that users are able to inhale while using it. The vapor emitted is from a solution containing propylene glycol that gets heated through the use of a battery.

What makes this product worth using is the fact that it does not contain tobacco. It is made from plastic and metal and comes in a disposable cartridge. Various flavors and nicotine levels are also available. Additionally, it does not stain the teeth like the usual cigarette.

Varied reactions have been given to this alternative cigarette. Some people who have tested it didn’t continue and returned to using the regular form while the others claimed to have gotten used to it and felt a big relief.

But the main issue still being debated by medical experts today is the lack of regulatory measures for these e-cigarettes. Concerns have also been raised as no clinical studies have yet been conducted to determine the effectiveness as well as adverse effects, if any, of this product to people who wish to quit their smoking habits.

So far, only one research done in 2011 has found that e-cigarettes may be able to help people stop smoking. The findings were published in the American Journal of Preventive Medicine.

Apart from the health risks, however, government officials and parents are also concerned about the effects these e-cigs will have on teens and even the younger ones.Being referred to as something electronic, they fear there’s a possibility that young people will be tempted to buy the product out of curiosity. They believe the word electronic alone is enough reason for many youth to try out a new product.

China was the first to introduce the e-cigarettes in 2003. It became available in the U.S. three years after and currently, some 2.5 million Americans are now using it. Most are using it to stay away from the regular and addictive cigarettes.

About the guest author:
Beverly used to be a heavy smoker but now uses a particular UK e-cigarette brand as a move to eventually stop smoking. She has joined several anti-smoking campaigns including on certain sites as her way of helping spread the word about the ill effects of cigarette use.