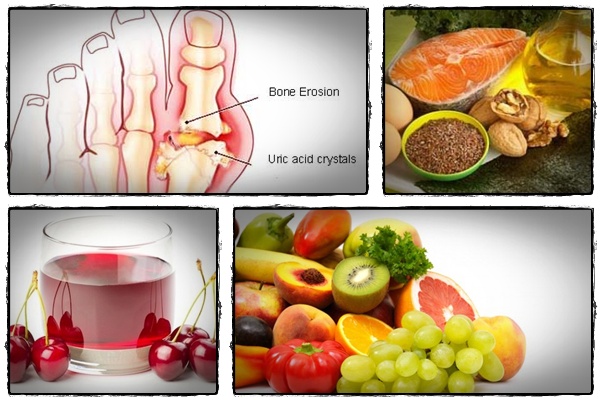 This condition called gout is caused by the formation of uric acid in the kidneys, skin and joints. It is the liver that produces uric acid which is then transported to the joints and bloodstream. When it crystallizes in the joints, pain often results.

Common causes include food allergies, hereditary metabolic disorder, kidney failure and too much intake of meat, coffee, soft drinks, alcohol and shellfish and other seafood among others. Being overweight can also lead to gout.

Following a healthy diet is very important in preventing the onset of gout. This ensures that you maintain your ideal weight moving forward.

It’s also about time to stay away from carbonated drinks and instead focus on drinking more water and water-based liquids. The required eight glasses of water per day should be increased up to 16 glasses if possible. Other drinks you can consume are homemade juice and herbal tea.

Research has also shown that drinking four to six cups of coffee in a day can lower gout risk in men.

Reducing one’s alcohol consumption is a must as well. Beer is not good but wine taken in moderate amounts has not been found to cause harm.

Food rich in the so-called purines must be avoided as they can form uric acid during the digestion process. These include peas, tofu, red meat, organ meat, asparagus, anchovies, herring and mushrooms.

Cutting back on saturated fat is a must, too. Most recommended are plant-based protein and low-fat or better yet, fat-free dairy products that help reduce the level of saturated fat in one’s diet.

What you need to eat are lots of bananas, carrots, baked potatoes, yams, cantaloupe, avocado, spinach and orange juice. They are high in potassium and can help prevent gout by regulating the urate levels of the body.

Another natural remedy is to drink a glass of lemon water after dinner. Simply mix the juice of a lemon with a glass of lukewarm water. The vitamin C in lemon helps produce calcium carbonate which is helpfup in lowering the uric acid in the body.