It is a known fact that fish provides a lot of benefits to human health. Being a rich source of protein, health experts recommend it to be part of an individual’s daily diet. 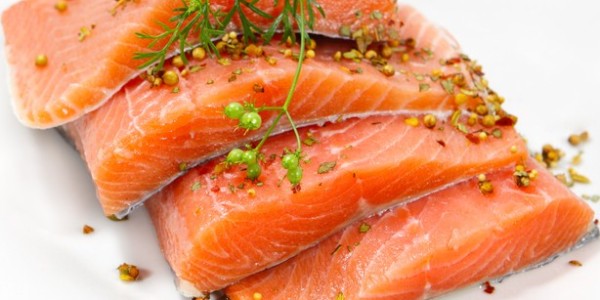 Fish is more than just a source of protein. It is also rich in omega 3 fatty acids which are beneficial in protecting the human body from serious diseases such as cancer, heart diseases, arthritis and even depression. In fact, it is considered a major source of the fatty acids.

Consuming oily fish has been shown to help lower a person’s risk of heart disease and increases his chances of surviving a heart attack. This is because fish brings down the levels of fat known as triglycerides in the blood. It is also found to lower blood clotting and abnormal heart rhythms.

It has been reported that the polyunsaturated fatty acids in fish may improve the condition of brain cells. In addition, fish has the potential of lowering blood pressure which is one of the causes of dementia.

Meanwhile, a French study showed that people who ate any kind of seafood even only once a week lowered their risk of dementia.

A new study done by the Harvard University has found that men who ate fish, notably the white variety, every other day had improved sperm count over those who consumed processed meat including bacon. The researchers from the Department of Nutrition at Harvard School of Public Health said their latest finding only proves that fish consumption can lead to higher sperm quality and that eating a healthy diet containing fruits, vegetables and fish is always the best option for people.

Fish consumption has also been found to prevent some forms of cancer. This is attributed to the selenium found in fish which contains properties that fight cancer. A research done in Sweden covering 6,000 men, for instance, showed that those who ate more fish lowered their risk of developing prostate cancer.

Best Types of Fish to Eat

Fish comes in different varieties so it’s best to know which ones give the most health benefits.

Health experts strongly recommend the white fish such as the cod. This type is rich in low-fat protein and minerals.

Sources of oily fish worth consuming are salmon, mackerel, pilchards and sardines.

Those that belong to the shellfish group are also ideal. These include the crab, lobster and mussels.