It has become customary that kids will initially become scared of doctors for the reason that they are associated with needles and injections. It is only normal since physician would be the ones responsible for doing the immunization through injections at certain periods of their childhood. Injections are actually just ant bites but the sight of blood makes people think otherwise. 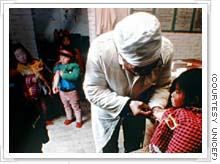 Some people have brought such fear as far as reaching the adolescence stage. While this may have been done due to the fact that people were not properly educated and advised of the whole scenario with doctors and physicians, proper understanding especially in the medical inclinations is something they are bound to have to face.

An adult should always be open to the fact that at some point in their lives, they are bound to face their fears, which in this case is that of doctors and needles that have to be injected in their bodies.