Several months ago, our company had a project wherein all the employees were given free flu shots. No one had to pay (the company shouldered the expense) and you just had to sign up to get the shots. Interestingly enough, only about 50 percent of the employees took advantage of the offer.

Is this concrete evidence that flu shots don’t work? I would not go as far as to say that but the numbers are leaning towards that conclusion, at least in my company. One thing that I found out is that flu shots differ from year to year. That is because the formula is changed depending on the previous year’s strain of the influenza virus. Perhaps, the strain that hit a lot of people recently is different from the strain that was used in last year’s formula? That would explain the high number of people who got sick.

Needless to say, it is still prudent to get flu shots and to do so on a regular basis. 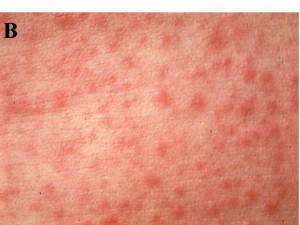 Prostate cancer is one of the biggest concerns for men all over the world. It is, in fact, a very unpleasant subject that many people do not really want to dwell on it. New research shows, however, that there could be a vaccine that would protect men in the long run against prostate cancer.

At this stage, though, the vaccine has only been tested in mice. According to Dr. W Martin Kast of the University of Southern California in Los Angeles, “By early vaccination, we have basically given these mice life-long protection against a disease they were destined to have. This has never been done before and, with further research, could represent a paradigm shift in the management of human prostate cancer.”

So what does the vaccine do? The most significant factor in prostate cancer is PSCA, or prostate stem cell antigen. It is very much expressed in prostate cancer cells while the healthy tissue does not show significant amounts. The vaccine works by stimulating an immune response against PSCA. In the study, the vaccine was administered to mice which were already affected by the cancer. The results showed that the mice who had the vaccine responded well and had extended life spans.

Though the testing has been limited to mice and there is no solid proof that it would work on humans, researchers are quite excited over the promising results. Indeed, if this vaccine ever finds it way into the market, we should all line up for shots.

People are not always aware of their current state of physical condition by simply looking at the mirror or relying on what they feel at present. The need to undergo certain medical examinations and physician�s advice are the best ways to go about the overall assessment of a person�s current health status.

The common belief for some is that unless they feel something strange, they would not go to their physician for medical evaluation. With the trend today leaning more towards being health conscious, regular physical examinations are slowly becoming a regular practice to safeguard their overall hiatus.

Diseases and illnesses have slowly been spreading and resorting to the possible immunizations brought about by advanced medicine is a good way to avoid illnesses that can make a person�s life dreadful. Physical examinations can be availed of even for just once a year and practicing this from a 365 day period in a year does not really take up much of a person�s time.