Salt is good for the body but only when taken in the right amount. Too much of it is harmful to human health and can lead to cardiovascular disease. 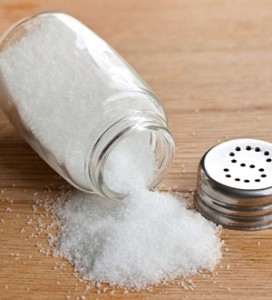 Today’s health conscious people make it a point to have a low-salt diet. But other than your diet, medical and nutrition experts also strongly recommend avoiding stress in your daily life.

A new study has found that stress can cause sodium retention in one’s body. Head author, Dr. Gregory Harshfield of the Georgia Health Sciences University, revealed that among the African Americans covered in their research, 30 percent retained a great amount of sodium in their body. And what’s worth noting is that this amount of salt is already equivalent the sodium you get from eating a small order of french fries?
END_OF_DOCUMENT_TOKEN_TO_BE_REPLACED